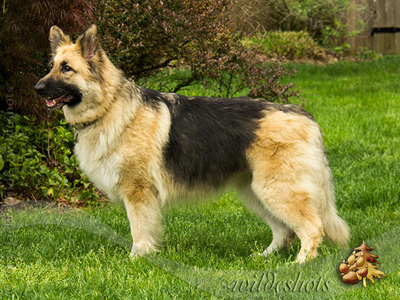 Her Titles and Achievements
Learn More About Razzle

We only planned to keep one puppy from the Samson/Calypso breeding, but then there was Raspberry girl, the smallest puppy in the litter, but also the orneriest and most active, with compelling facial features and eyes that never let you go. At four/five weeks Traci noted excessive regurgitation suggesting Mega-e like symptoms. At seven weeks we conducted a barium swallow test that showed pocketing in the esophageal area, and a subsequent visit to a surgeon ruled out any operable stricture.

Since we were not convinced of the severity her condition, we decided keep her (truth be known—she decided to keep us) and provide for the special needs she had (many confirmed mega-e puppies are euthanized by 8 weeks). Over the course of subsequent months, her symptoms decreased. At nine months we had her re-examined by a specialist, including repeat of the barium swallow test, and he issued a clean bill of health. We now believe her earlier symptoms were the result of under/slow to develop esophageal muscles.

At nearly two years of age, she has turned out to be a beautiful female, an almost twin of her favorite uncle, Bizzy. She has a more reserved temperament than the rest of our pack, but is quick to warm up to unfamiliar people after a few minutes of cautious deliberation. Although she did not show until a year old, she quickly made up for lost time, finishing her breed, NAKC International championships and CGC by 18 months of age. 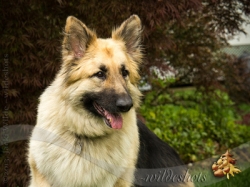 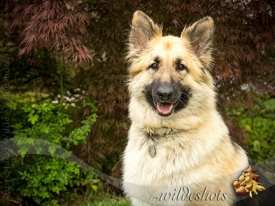 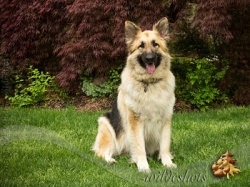 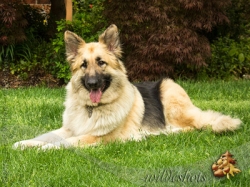 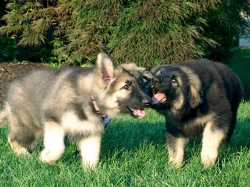 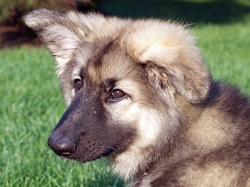 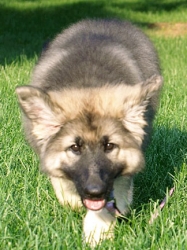 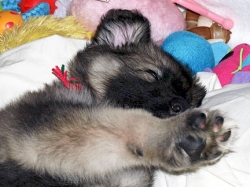