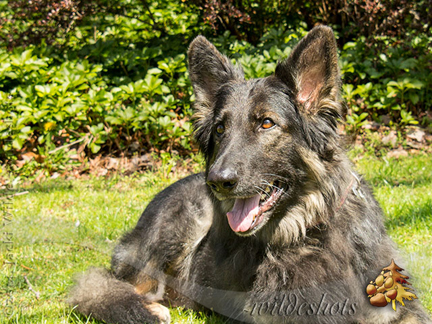 Her Titles and Achievements
Learn More About Cinder

Cinder was our breeder’s pick of the Samson/Calypso breeding, brCH Stardust’s Wish Upon A Star. The clincher was the day that Traci slipped and fell climbing into the litter x-pen. Five puppies ran to the opposite side, Yellow Girl ran directly to Traci licking and kissing her to see if she was all right. She was Traci’s girl from then on.

She is an exuberant, confident large bi-black dual (28″, 105 lbs) with an outgoing, loving personality and beautiful side movement. Showing throughout late Spring and Summer 2008 in the 3-6 month puppy class she amassed seven Puppy Best in Shows. Showing as an adult she finished her TSSR breed and NAKC International championships in under 18 months. She has completed her health testing and has been added to our breeding program here at Stardust Shilohs. Cinder had her first litter with Ridgewood’s Strongman (Samson) in February 2012.

The name?
It took three tries for the Caly-Sam breeding to take, so we were really wishing by the third attempt. Her call name “Cinder,” is a play on words — her coat coloring and of course Cinderella, Traci’s favorite fairy tale character. 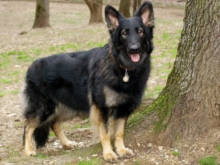 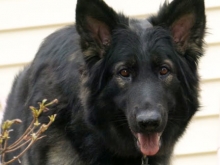 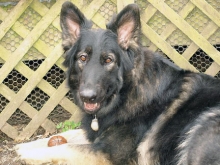 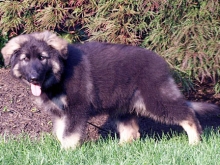 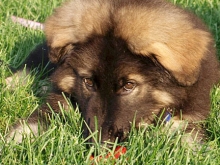 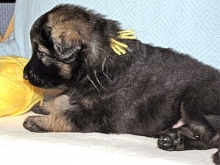 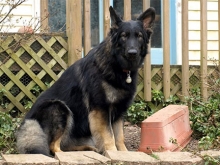 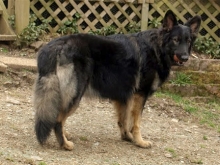 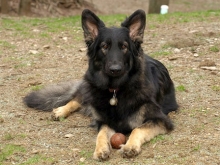 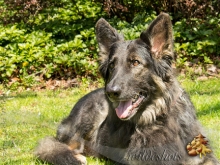 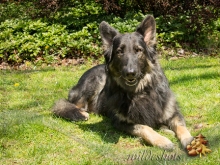 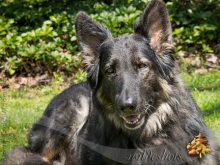