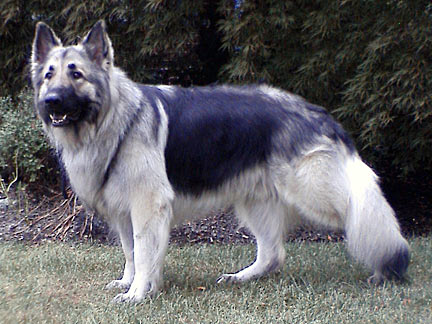 Bismarck is an emeritus stud (frozen) available to select ladies

His Titles and Achievements
Learn More About Bismarck

This is the one it all started with, GV NSx7 abrCH G&T’s Semper Fi of Mason-Dixon CGC, TT,TDI, ARBA Master Champion, NAKC Hall of Fame and one of the top male Shiloh show dogs of this decade.

Bismarck came to own us in December 2002, first male pick of the first Artie/Tuesday breeding. Within a few weeks, when we were completing his temporary registration, our oldest son, a Marine, received orders to Kuwait in advance of the Iraq invasion and war, and the Corp motto “Semper Fi” seemed an appropriate incorporation to his registered name in more ways than one.

We had never shown dogs in conformation, having been primarily involved in obedience work with GSD’s. However, Traci took a few show classes and in time, Bizzy decided he actually liked the show ring. In less than two seasons of showing he finished his ARBA, Breed, and Rarities Grand Championships. In 2005, his third show season, he finished his Rarities Supreme Grand Championship, and was ranked the #1 Shiloh and #7 Rare Breed overall.

Highly trainable and quick learning, almost always the “demo dog,” other handlers in obedience classes would clap on the rare occasions he did something wrong. His piece de resistance is “Dead Dog.”. He’s been clocked taking over two minutes from the “bang—dead dog” command to last agonizing stretched out moment when his head finally is flat on the floor and eyes close.

Bismarck has matured into a beautiful, large, well-tempered male, who is equally at ease in the show ring and with the general public; certified by the AKC as a Canine Good Citizen (CGC) and by Therapy Dogs, International (TDI) as a Therapy Dog. His cream sable coat and gorgeous head stand out in the crowd.

Bismarck was campaigned during the 2005 show year and finished the #1 male Shiloh and #8 Rare Breed overall in Rarities (now NAKC). He continued to show intermittently from 2006–2008, adding GV and multiple registry and club National Selects. In March, 2008, he was the first Shiloh, and second rare breed to be awarded the NAKC title of Master Supreme. He retired from the conformation ring in November 2008, a career multiple BIS and RBIS winner, entering the NAKC Hall of Fame with four impressive Group 1 wins in the Year-end Super Show at the Meadowlands, NJ.

His Pedigree
Go to top 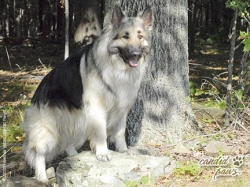 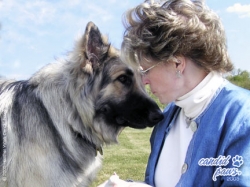 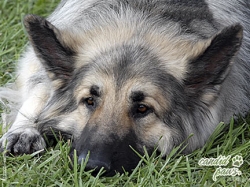 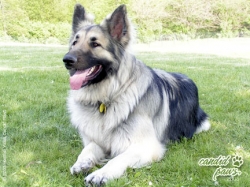 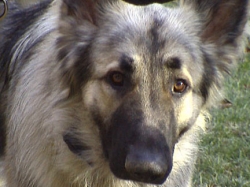 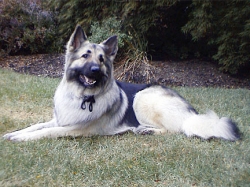 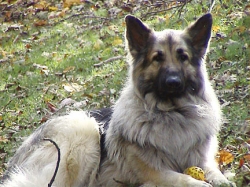 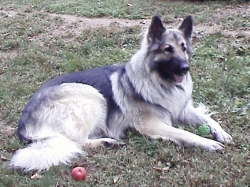 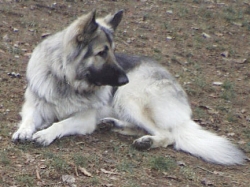 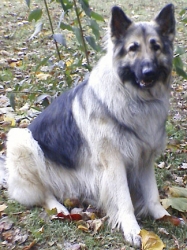 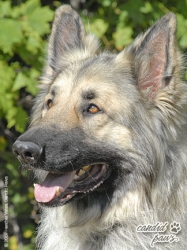 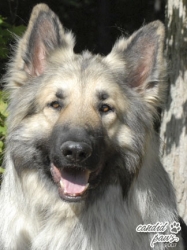 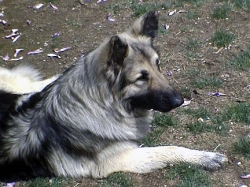 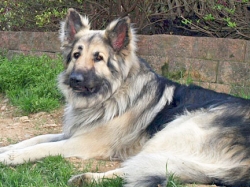